The Invasion of the Kangaroos 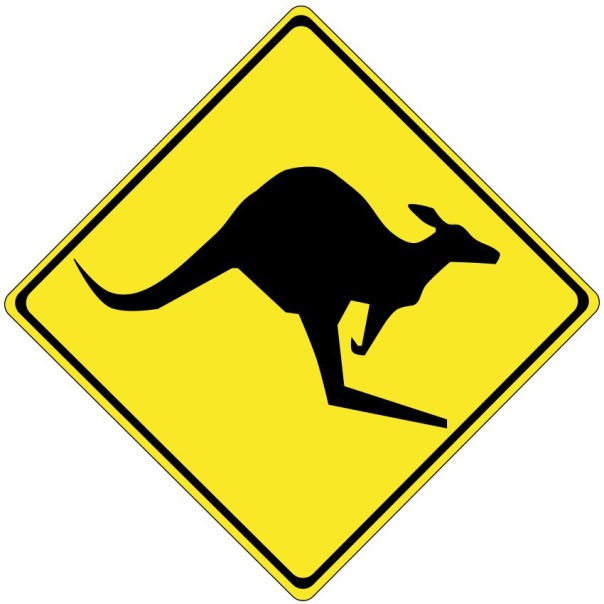 I’m a picky mom. By that I mean that I like to pick. At my child. Or other people’s children. Or the dog. Or myself. I pick at cradle cap, or ear wax, or boogies, or whatever might be on my child that shouldn’t be there all the time. I can’t stand seeing dirty ears or a dirty nose, so I make sure that they’re clean. All.of.the.time.

I come by it honestly, I suppose, since my mom is a picker too. She couldn’t stand blemishes on people’s faces or at least any blemish that had a head on it (thank goodness I had really good skin!). I still have a pock mark on the bridge of my nose from a time that she attacked a particularly stubborn white head. It was a little more traumatic considering that I was 11 years old at the time and quite capable of popping my own pimples. But enough about that…

It’s gotten more difficult to clean Adaline’s ears and nose since she’s older now and she’s onto me. One day when I wanted to clean her ears, I looked inside one and said, “Oh my, Adaline! I think…maybe there’s a monkey in your ear! Is there a monkey in your ear…let me see?!” and I made monkey noises. She still didn’t like it, but she let me in there for a quick sweep. Then when I wanted to grab some boogies out of her nose I said that I was checking for kangaroos and then I make a “Boing” sound, because, you know…that’s what kangaroos sound like (duh). She thinks this is funny, so the boogie picking has gotten much easier lately. Now she’ll even point to her nose and say “Rock-a-rose” (which is her word for kangaroo and coincidentally also her word for Ring Around the Rosie), and then she’ll say “Ding!” (which is her word for boing). Sure, other people might think she’s a little crazy. Or maybe they think that I’m the crazy one. Either way, the kangaroo thing works for us.

So after that thrilling history of why “kangaroos” live in our noses I’m here to tell you that the kangaroos have invaded. Yesterday Adaline woke up with a runny nose 😦 She otherwise seems healthy and happy (no cough or fever, still eating and pottying normally). Her nose is still runny today. My poor little princess has liquid kangaroos running out of her nose constantly. I’m really hoping this doesn’t hang on for too long. Aside from the fact that I just don’t want her to be sick, Adaline is supposed to be getting dedicated at church this Sunday and I’d really hate for her to be all sick and snotty for the whole thing.

As if the running of the kangaroos wasn’t bad enough both hubby and I woke up with sore throats today. I can’t say that I’m thrilled about it considering how things went the last time I woke up with a sore throat. My tongue is sore, like it feels bruised or something. Imagine how it feels when you bite the side or back of your tongue while you sleep…except your whole tongue hurts instead just that one spot. It’s weird. Hubby is all congested and I have a touch of a runny nose myself.

Since Adaline isn’t feeling well she gets a little more cuddly after one good burst of energy (running around the room screaming nonsense), so she’s wanted me to read to her all day today. That’s really sweet and I’m glad that she has such an interest in books, but considering that my throat and tongue hurt I’m really not down with all of the talking today. Nonetheless I’ve read to her anyway. Lately she’s become quite fond of Dr. Seuss’s “A B C” book and I’ve read that several times today. I just laid her down for a nap and I’m hoping that I don’t get a bunch of phone calls that would require me to, ya know, talk. I’m sure that my husband is disappointed that he’s working today and missing all of my (attempted) silence. Better luck next time, buddy!

I don’t know where the kangaroos will take us. I don’t know how long they’ll stay or if they’ll kick up a fuss while they’re here. Needless to say I can’t get much blogging accomplished since I’m wiping a runny nose every 3.5 seconds. Hopefully they’ll leave very soon and we can get back to our regular scheduled programming (whatever that was).