Celebrating 30 Years in 30 Days!
(a.k.a. Happy Birthday to me!)
10 years old! Double digits are a big deal, right? So the birthday party returned. I didn’t have any photos from the party, but I had some video so all of the pictures that you’ll see are screenshots of the video. There was no theme for this party (except an accidental one that I’ll mention later). I don’t have any photos/videos of the cake, but guests eating cake in the background reveal that it was a chocolate cake with chocolate icing. I love chocolate. There were pink, white, and purple balloons with pink paper products. There were noise blowers which we used a lot. 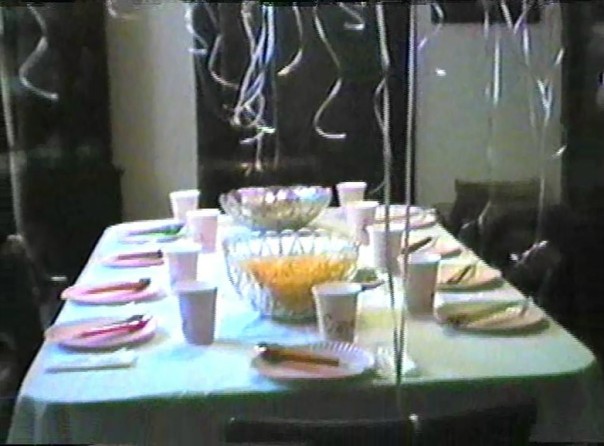 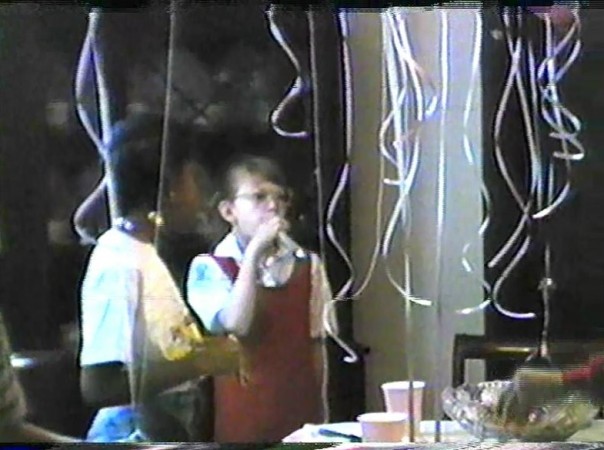 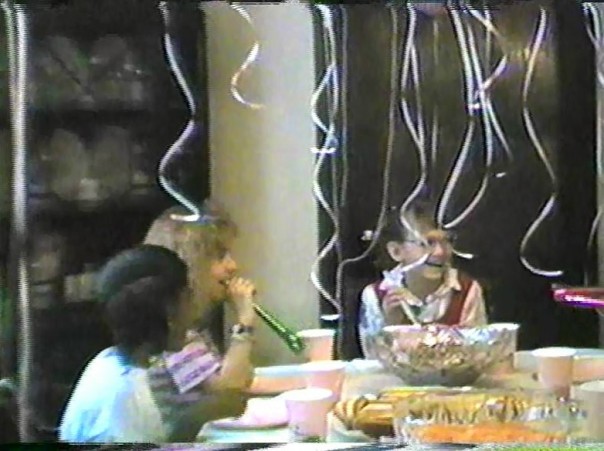 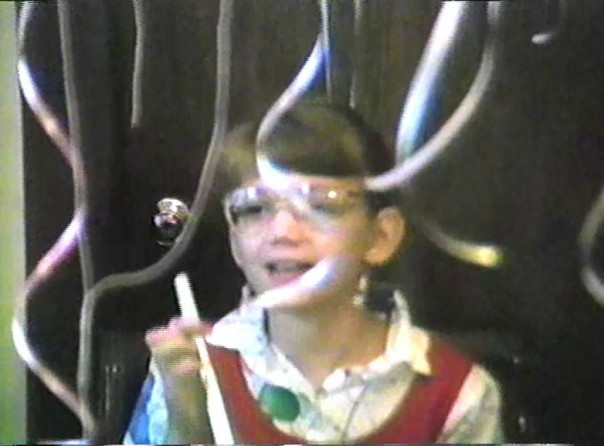 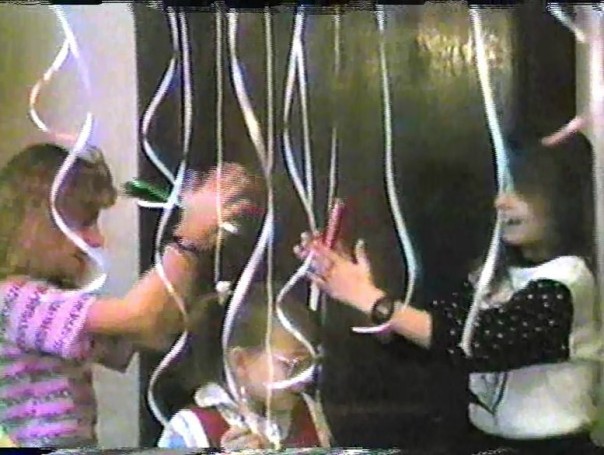 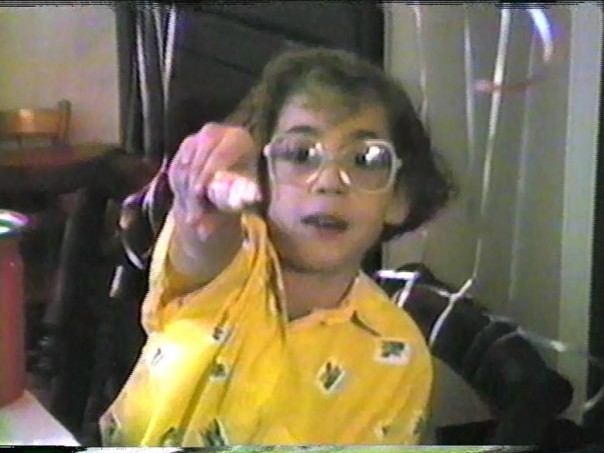 The accidental theme of the party was “J”. The table is set for 10, but there were only 6 of us in the video. It’s possible that more guests came later when we weren’t videotaping, but considering that we were eating cake without those guests…they must’ve been terribly late. Out of the 6 girls that were in the video their names were Jenny (me), Jessie (my sister), Jayna, Julie, Jamie, and Jonalyn. We all had “J” names! I don’t know who the other 4 guests should’ve been, but I’m guessing their names didn’t start with “J” as well. My mom had everyone’s names written on their paper cups and I could almost read one name that said Cara or Cate. Um, I don’t know anyone by those names. While I don’t have a vivid memory of my 10th birthday party, I do have a pretty good grasp on the year as a whole. I didn’t have any friends by those names and I don’t recall having anyone by those names in my class either. Oh well. Whoever you are Cara/Cate, boo on you for saying that you would come to my 10th birthday party and then not showing up. I have obviously blocked you out on purpose because you hurt me so.
You might be interested in checking out my daughter, Adaline’s, first birthday party
You can take a look at my 1st-9th Birthdays by following the links on this page.
Be sure to check back tomorrow!