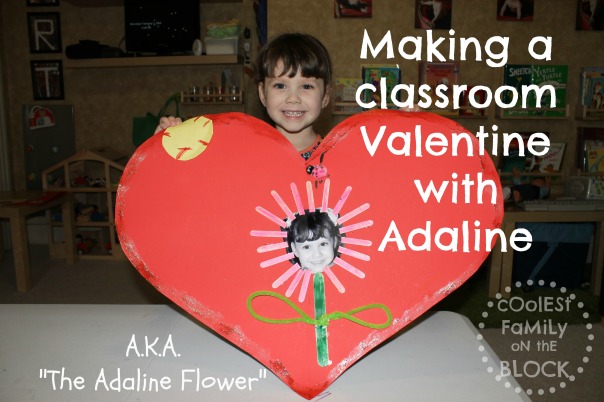 For Adaline’s Montessori Preschool class each child has to make one big Valentine to bring to school that their classmates will sign rather than bring in individual Valentine’s for each student. Honestly, I think that’s a GREAT idea and I’m so glad that she won’t be coming home with 25 different lollipops with eyes glued to them! 😉

I filmed the creative process of making “The Adaline Flower” with a 4.5 year old. Watch and be amazed!
(Video here)

It was tough to reign in Adaline’s creativity. She LOVES art and wanted to draw all over the Valentine but she needed to keep it blank so that her classmates could sign it. I have a feeling her friends are going to end up with quite a few drawings of hers on their Valentines. 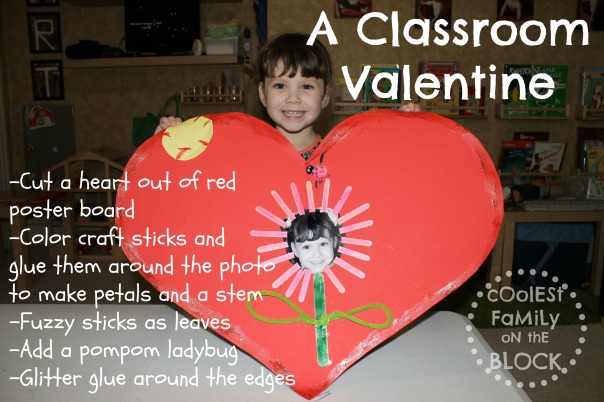 The pom pom ladybug was Adaline’s favorite part.
We used a black Sharpie marker to make dots on a pink pom pom, used a smaller black pom pom for the head, added googly eyes and adhered it all using craft glue. Adaline drew wings and legs around it onto the poster board.

Does your child’s school allow individual
Valentine’s or one classroom Valentine?
Let me know in the comments!